We contacted Avon and Somerset Police with a Freedom of Information request.

Before Christmas, we sent a Freedom of Information (FOI) Request to Avon and Somerset Police asking for the number of crimes reported in Bristol where the crime was categorised as ‘theft from a motor vehicle’ and the items taken were reported as ‘machinery or tools’.

As with any FOI request, legally they had 30 days to respond. So, a full 30 days later, we received an email with the information. We asked for the data to be separated into the different areas of Bristol. We then plotted this information on the map below to show you areas with the highest rates of tool theft. 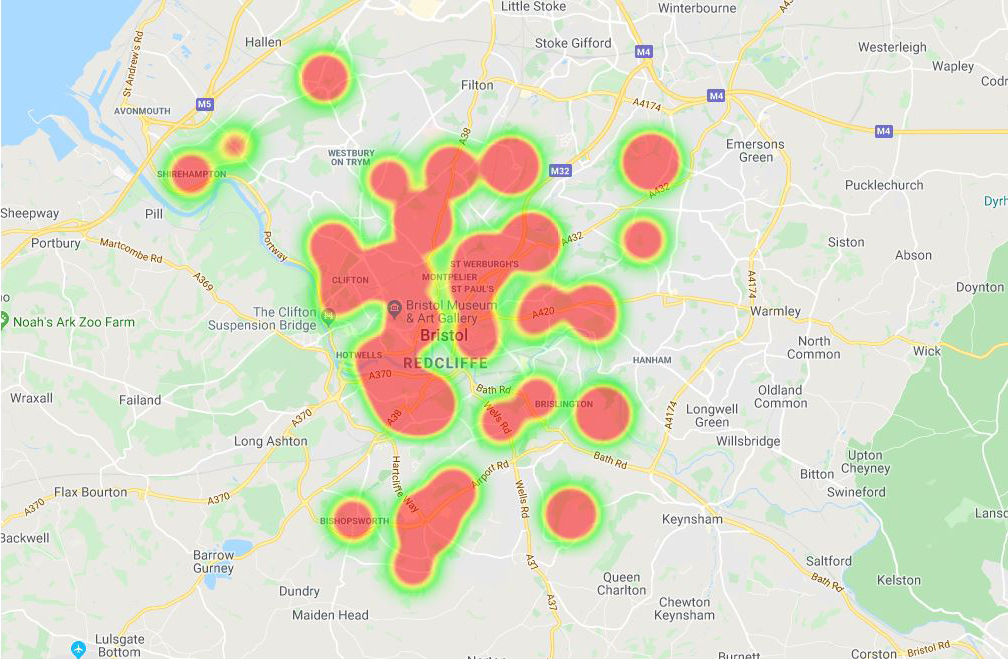 As well as by location, we also asked the police to tell us how many tool theft crimes were reported each month in 2019. As you can see from the data below, January and March were the most prolific months.

Make sure you head to our Security page to see what you can do to stop yourself becoming a victim.