Electrician turned investigator: we interviewed the sparky who tracked down his stolen tools 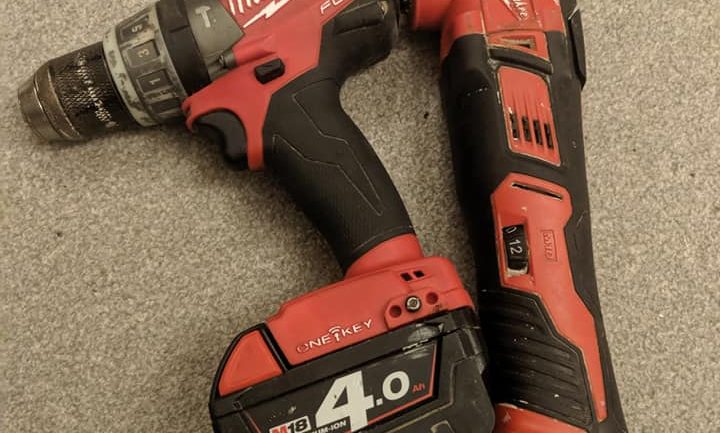 Electrician turned investigator: we interviewed the sparky who tracked down his stolen tools

He used his Milwaukee OneKey app to locate his stolen gear.

We all hope it never happens to us, but with tool theft rife up and down the country it’s just a matter of time for some people. Apprentice electrician Darryl Pyart was one of the unlucky ones when his Berlingo was broken into and roughly £3,000 worth of tools were stolen in broad daylight as he nipped into Sainsbury’s on Thursday 18th July.

Darryl reported the break-in to police, but they didn’t turn up to view the CCTV footage of the theft. Even the next day they still did nothing to help. “When I argued on the phone the next day about why they weren’t doing anything, I was told that it probably wouldn’t even get investigated” he said.

But luckily for Darryl, some of his tools had Milwaukee’s OneKey technology. OneKey is a system embedded in selected new tools, and also available as an add-on tag, which can track your gear via Bluetooth. You can keep track of inventory, adjust drill speed/power, as well as disable the tools remotely. And, of course, the system lets you track their location.

Bluetooth limitations mean that OneKey tools can only be picked up by your phone if they’re within range – about 100ft. Admittedly not too useful if they’re in the back of a thief’s van half way down the M5. But, the stolen tools will connect to other phones which are using the Milwaukee app, even if it’s only running in the background. This then sends your phone a notification with an updated location of your stolen kit – result!

This is exactly what happened to Darryl – two days after his gear was nicked he got a notification saying his combi drill had turned up in Ilford. He immediately jumped in his van and drove down to investigate. 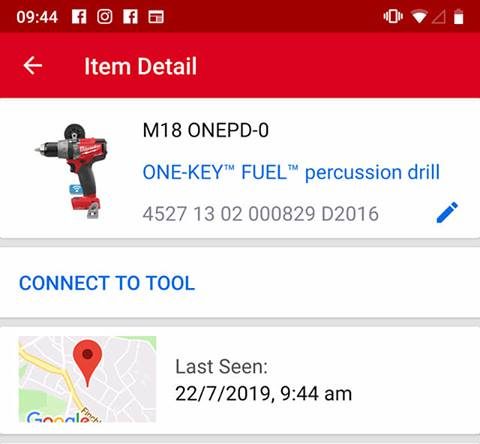 When he arrived, Darryl bumped into another tradesman who was tracking his own Milwaukee drill. The lads rang the police and started trying to find their drills. After 10 more phone calls, and five hours of waiting, the police finally showed up. According to Daryl they weren’t much use and refused to help search a house where the lads thought their tools were located, so they carried on door-to-door alone.

After eliminating most houses, they were nearly ready to give up when a guy approached them asking if they were the people looking for drills. He then led them to his car where they found both the two stolen drills, along with a few other bits of Darryl’s gear which the man had apparently bought from Tottenham Market. He even admitted knowing full well they’d been nicked.

Darryl praised the Milwaukee OneKey system as “a good start”, but admitted “it’s not perfect as you need to have other people with their Bluetooth and the app on in order for it to be tracked so I got lucky.” He suggested pushing for tool companies to make a deal to have one tracking system that can pick up tools from any manufacturer instead of different brands having different systems, like Milwaukee’s OneKey and DeWalt’s Tool Connect.

Darryl also advises everyone to get these tool tracking apps on their phones to maximise the chances of stolen tools being recovered. “Don’t rely on the police, help each other out. At the end of the day it’s tradesmen against thieves and the police are just spectators.”