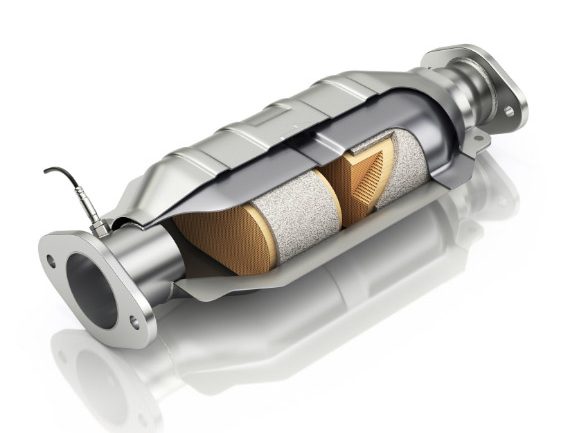 It seems cat thefts are on the rise, and it’s not just vans and commercial vehicles under attack. Thieves are targeting more and more modern cars. In the 6 months from January to June 2019 alone there were 2,894 catalytic converter thefts in London reported to the police. That’s almost double the number reported in the whole of 2018. 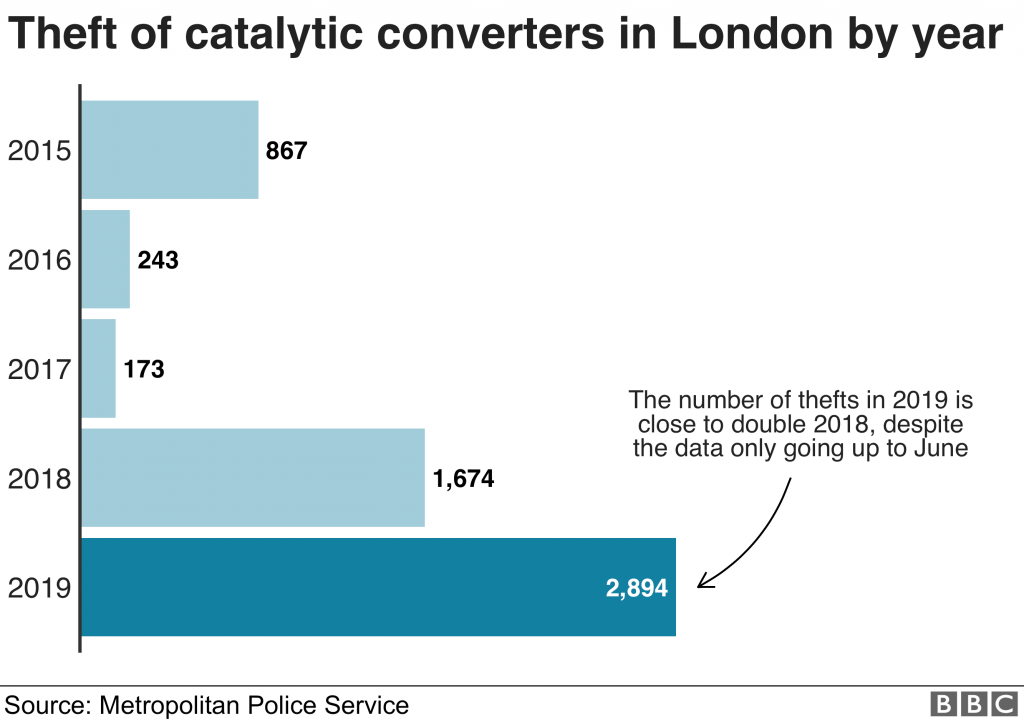 All modern vehicles have a catalytic converter (or ‘cat’) fitted. The cat scrubs the engine’s emissions and removes some of the harmful carbon monoxide and hydrocarbons. The gas produced by your vehicle is passed through the cat and turns the harmful bits into carbon dioxide and water. 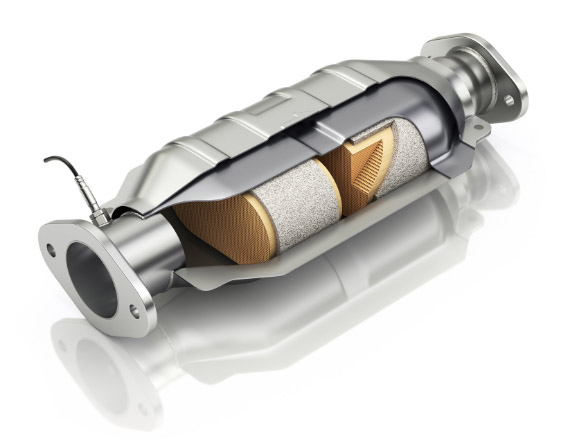 Why are they being stolen?

If you don’t know how a cat works, you’d be forgiven for thinking it’s an odd thing to steal. But it’s all to do with what’s inside. To remove the nasty bits from your exhaust emissions, rare metals are used. The gas is passed through a fine mesh made with platinum, palladium and rhodium.

These metals help break down the emissions, and they’re worth a pretty penny too. Catalytic converters can be taken to a scrap dealer for the valuable bits to be extracted.

Despite the fact that only small amounts of each metal can be found in a catalytic converter, the value of these metals still makes it worth the effort for thieves. In the last 1.5 years, the price of precious metals has increased drastically. Rhodium is now worth around £4,000 per ounce, and palladium costs about £1,500. On average, a thief will pocket about £400 per cat stolen.

Also, they can be pretty easy to nick. BBC reports say footage of one gang has been seen where they steal a catalytic converter in three minutes.

Which vehicles are most vulnerable?

Vans and commercial vehicles are the usual go-to for thieves, but we’re seeing an increase in thefts from hybrid vehicles recently. Hybrids usually have less pollutants running through their exhausts due to being part battery-powered. This means there’s less wear and tear on the precious metals in the cat.

How much does a new catalytic converter cost?

Catalytic converters aren’t cheap. They’re hard things to produce because of how complex they are. Around £400 will probably get you a cheap one, but it probably won’t last as long as original manufacturer items. It’s always best to go for a branded one from your local dealer. However, this might cost around double or more when labour is added.

How do I protect myself?

Police are advising people to park in a garage or a well-lit area. They also suggest carving your or VIN onto the cat. None of that is particularly helpful advice when a lot of these thefts are happening in broad daylight when people are parked up out and about.

Installing cat protection is a great way to put off the would-be thieves. The ArmaCat is installed over the catalytic converter and makes it very difficult for the thieves to access it. This is usually enough to make the lowlife criminals think twice about trying it with your van and prompts them to move on. 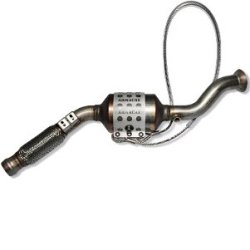 *Please note the ArmaCat is only available for commercial vehicles