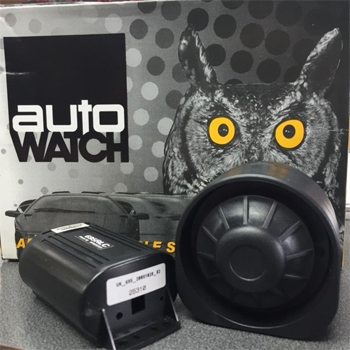 The Autowatch 695CAN – upgrade alarm system

Request a Call Back
Quote Me

The Autowatch 695CAN alarm is a Thatcham approved CAT 2-1upgrade alarm system, designed to be used on full CAN Bus, semi CAN Bus or conventional wiring systems. The 695CAN alarm can be fitted to any compatible commercial vehicle that requires an alarm.

What is CAN BUS?

CAN Bus is a data communications protocol where data is used to control and monitor the functionality of control systems on modern vehicles. CAN which stands for “Controller Area Network” is now being used by many vehicle manufacturers to increase reliability, reduce costs of components, reduce power consumption, reduce weight therefore offering better fuel consumption and for improved vehicle diagnostics.

Why Install a CAN BUS Alarm?

With vehicles becoming more difficult for thieves to steal, they are now breaking in to steal accessories such as; navigation systems, mobile phones and car-kits, radar detectors, stereos and any other items that they may find valuable. Most people assume that because they can lock their car with a remote, they automatically have an alarm system. This is not the case. From 1997, an EU law was passed to make the fitting of an immobiliser, mandatory. However this was not applicable to alarm systems. More than 75% of vehicles sold, do not come with an alarm as standard. So, the responsibility of securing the vehicle is yours. The Autowatch 695 CAN alarm system is insurance approved. Most insurance companies now require a Thatcham approved alarm and may offer you a discount for having an approved system fitted.

There are no reviews yet.