How well do you know your road signs? 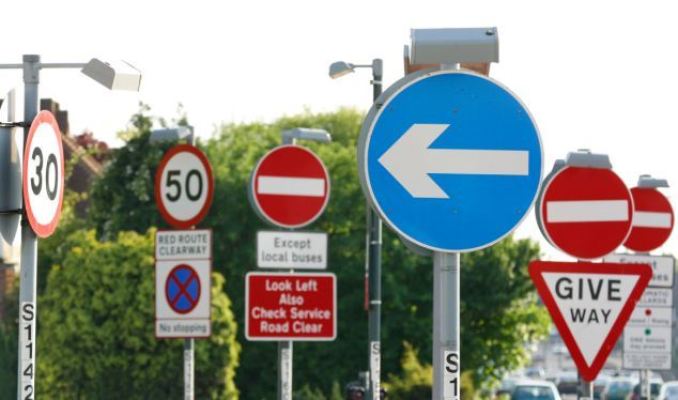 How well do you know your road signs?

According to new research, the UK population of car drivers only know the meaning of 79% of our road signs. These shocking statistics mean one in five signs are a mystery to us. As a result of this the most common mistakes made out on the roads are; braking speed limits, sudden braking and slowing down causing traffic to unnecessarily build up. The question on our minds is should drivers be retaking their theory and hazard perception tests on a regular basis?

Let’s look at some of the most common mistakes being made. One in ten drivers correctly identified the central white line markings in the road as ‘hazard ahead’ meaning 66% thought this indicated normal road conditions which could lead to devastating effects. We have all seen a circular white sign with a red border indicating ‘all vehicles prohibited, pushed bikes and pedestrians only’. It turns out only 27% knew this and 30% thought it meant ‘red route, no waiting’, leaving 33% not knowing. 22% of Londoners did not know that the white circular sign marked with a C indicated a ‘congestion charge zone’ in the city, leaving a lot of surprised faces when they receive a charge notice! We would think that the ‘national speed limit’ sign would be massively recognised but it turns out one in five do not know the meaning of the white circle with the black diagonal line. 5% thought this meant a 70mph speed limit, 4% thought 60mph and 7% thought ‘no speed limit applied here’ which could be very dangerous. It seems 75% of us are at risk of being caught out by ‘minimum speed zones’. The blue circle with a white number on, being crossed out in red indicates a speed limit has finished.

If you answered yes to the question ‘should drivers be retaking their theory and hazard perception tests on a regular basis?’ Then the next question is how regularly? Well, 53% of UK drivers say every twenty years these tests should be retaken. 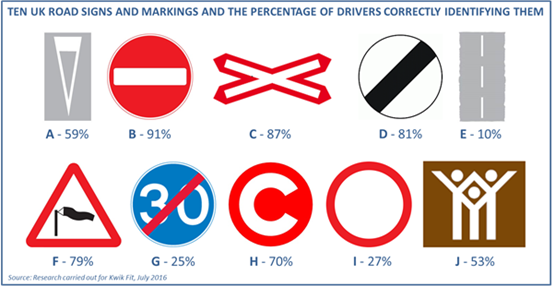